EP. 37: THE WEDGE, SCOTT CARNEY ON STRESS AND HACKING THE NERVOUS SYSTEM 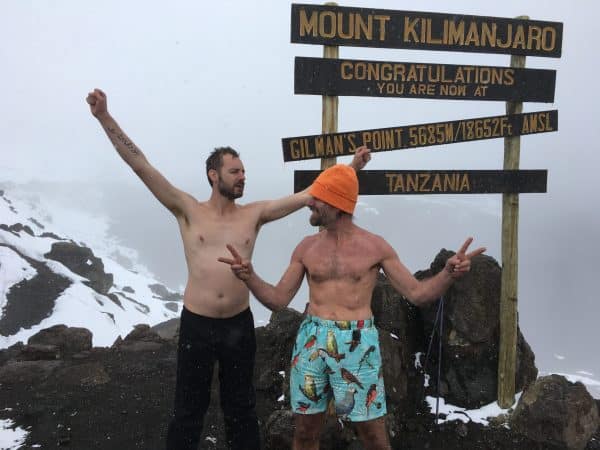 We can use the environment on our bodies to send signals to train our brains that we can handle stressors, we can take it. As soon as you start voluntarily doing difficult things, everything else in life can get easier.

This episode is about trying to understand our true capacity to cope with stress and how to arouse the dormant resilience in all of us.

My guest on this show seems to be proof there are benefits from extreme physical challenges. In his case, actually seeking out stressors and using them to hack the nervous system – reprogramming it’s response to those stressors.

Scott Carney is an investigative journalist who has worked in some of the most dangerous and unlikely corners of the world. His work has been the subject of a variety of radio and television programs, including NPR and National Geographic TV.

Before writing what eventually became the New York Times bestseller, “What Doesn’t Kill Us,” Scott set out to prove that the now-famous “iceman” Wim Hoff was a charlatan and his workshop retreats destined to kill people. Instead, Scott winds up climbing Mount Kilimanjaro half-naked, submerging himself in ice water learning radical breathing techniques (see Episode 6 of this podcast). The experience gave Scott almost superhuman levels of endurance, and he says it quieted a persistent autoimmune illness.

At the core of these methods is a technique Scott outlines in detail with his new book “The Wedge.” In this episode, we talk about how it works, what he found on his search for other people who understood the language of the body’s response to the environment. What other “wedges” did he discover?

This chat with Scott helped me think of stress as something to use. Specific stressors can be opportunities to build a form of strength in the area where the stress is met, whether physical or mental. During the interview, Scott talks about the brain’s ability to build “libraries of emotional experiences” tied to stressful events. He thinks you can hack the libraries by various means of exposure and or wedges dealing with the stress to change how you experience it, thus increasing your ability to cope.

This chat will push you to reconsider how far out your limits may be.

Some interesting sections of the conversation…

Larry is a technologist, consultant and host of the Bounce podcast.
PrevPreviousEP. 36: CORONAVIRUS QA WITH DR. ALEX LICKERMAN, M.D.
NextEP.38: HOW STOICS KEEP CALM, WILLIAM B. IRVINE ON PHILOSOPHICAL FRAMINGNext