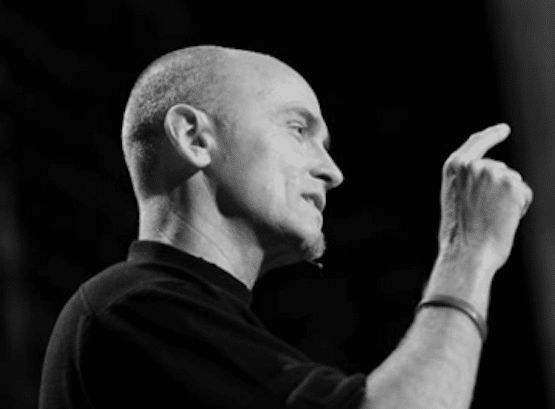 What do you do when you go from being the founder and CEO of your own line of successful hotels to the oldest guy at the tech startup surrounded by some of the brightest millennials in the country?

Well, if you’re Chip Conley, Strategic Advisor for Hospitality and Leadership at Airbnb, you set aside your ego, reinvent yourself and make the situation work for you. It’s that kind of adaptation that makes it possible to find your place in this era of change, and Chip has dedicated much of his time to sharing the secret with others who are looking to find a meaningful identity in a new world.

On this podcast I talk with Chip about his career, his books, philosophies about getting older and his newest project an academy for the Modern Elder.

Chip Conley is a leader at the forefront of the sharing economy. At age 26 he founded Joie de Vivre Hospitality (JdV), transforming one inner-city motel into the second largest boutique hotel brand in America. Chip served as Airbnb’s Head of Global Hospitality and Strategy for four years. His five books include PEAK and EMOTIONAL EQUATIONS and are inspired by the theories of transformation and meaning by famed psychologists Abraham Maslow and Viktor Frankl. In his new book, WISDOM@WORK: The Making of a Modern Elder (September 2018), Chip shares his experiences – as both mentor and unexpected intern – at Airbnb. He is the founder of Fest300 (part of Everfest).

Chip is a recipient of hospitality’s highest honor, the Pioneer Award, and holds a BA and MBA from Stanford University, and an honorary doctorate in psychology from Saybrook University. He serves on the boards of the Burning Man Project and the Esalen Institute, where the Conley Library bears his name.

When reflecting on what it was like to go from being a seasoned CEO to a mentor at a startup tech company where every employee was at least 2 decades younger than him, Chip says that he had a ton of learning to do.

No longer could he rely upon the traditional rules of business in which being “senior” or lets use the term “elder” in this context, meant you could expect reverence.

In this new world of technology, relevance is much more revered than age.

Lesson: If you can’t offer much in terms of subject matter experience, instead of giving up on it – you figure out what you can offer.

For those of us who aren’t part of the millennial generation, that might be sharing what we’ve learned about emotional intelligence, business strategy, and all of the other things that go into a successful company beyond just the ability to write code.

The key, he says, is that you’ve got to be ready to learn as much as you’re ready to teach.

That’s where the Modern Elder concept came from. Chip learned that in order to stay relevant in a field where technology had made him feel irrelevant, the best thing he could do was to form mutual mentorships with his younger coworkers.

So, instead of barging into a room and forcing everyone to respect his wisdom, he made a greater impact by asking thoughtful questions and offering advice in more subtle ways.

Eventually, the twenty-somethings started seeking Chip out for advice and guidance. It wasn’t what he envisioned going into the company, but it taught him a lot about what it meant to be an elder in the modern workplace.

And that is the basis for his latest book Wisdom @ Work: The Making of a Modern Elder. It’s also why Chip spends a good chunk of his time in Baja California, Mexico, where he’s founded the very first ever Modern Elders Academy, where anyone from social workers to CEOs can come together to reinvent themselves as mid-lifers in the workplace.