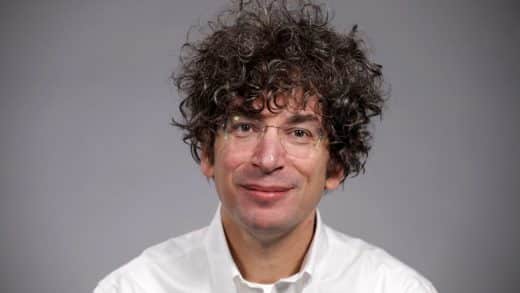 This is what I’ve been doing for twenty years…taking a complex situation, and try to boil it down so that i’m not subscribing to any one agenda, I’m presenting a neutral a view as possible, and maybe it’s tinged with a little more hope than people usually see – James Altucher

I’m never sure how to introduce James Altucher to anyone who might not have heard of him. He’s a best selling author with a hugely successful podcast, investor, serial entrepreneur, former VC & hedge fund manager, computer programmer, and chess master. I’m sure I’ve left some out but just Google him, he’s everywhere.

Returning for his second appearance on the podcast (see more of his story here), James is one of the most interesting people I know. But his superpower and what I admire about him most is his vulnerability. He’s an open book and not afraid to lean into controversy.

To the point of this show, on his podcast, he’s been talking with a wide variety of experts about the Coronavirus, everyone from an immunologist, physicians, geneticist, economist to policy experts and super forecasters in the form of regular updates starting in February. He also lives in Manhattan, which is ground zero for the epidemic here in the states, which gives him another perspective I don’t have.

Well, I thought I’d short cut my research and just call him for a distillation of what he’s finding out; what after all these conversations has he concluded about what is happening now?

So here are just some of the topics we cover

Larry is a technologist, consultant and host of the Bounce podcast.
PrevPreviousEP.38: HOW STOICS KEEP CALM, WILLIAM B. IRVINE ON PHILOSOPHICAL FRAMING
NextEP. 40: HOW WILL WE BEHAVE? RORY SUTHERLAND ON THE NEW WORLD OF WORK AND CONSUMER BEHAVIOR POST COVID-19Next