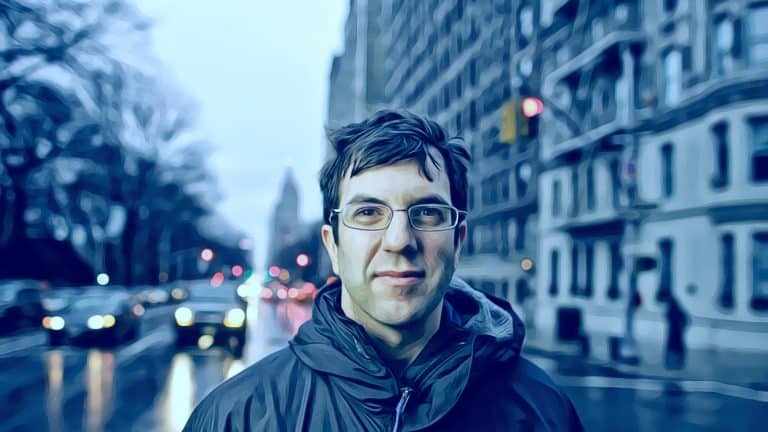 Sometimes miracles occur only when you jump in – AJ Jacobs

Way back in 2009 or so, I read an article in Esquire that had me laughing out loud, picking up the phone and reading sections of it to my friends. In it, the writer chronicles a month of his experiment in being radically honest, and the title gives you a hint of the hilarity – “I Think You’re Fat.“

That writer is A.J. Jacobs, the king of self-experimentation and participatory journalism, and he is my guest on the newest episode of the podcast.

A.J. is an author, journalist, lecturer, and human guinea pig. He’s been on a mission to learn through personal experience. This has resulted in some extreme field experiments like living the rules of the Old Testament for a year, reading the Encyclopedia Britannica to acquire knowledge about everything, and thanking over a thousand people to learn how to be grateful, to name a few. He has written ten books about his various experiments, four of which are New York Times bestsellers.

A.J. is a media phenom with TED talks that have garnered over 10M+ views on TED talks. He has appeared on Oprah, The Today Show, Good Morning America, CNN, The Dr. Oz Show, Conan, and The Colbert Report.

How to get out of your comfort zone.

A.J. has motivated me to keep expanding my comfort zone. I’ve realized almost everything I’ve benefited from has come from overcoming some initial discomfort in just trying. The framework of the experiment takes away the need for a fixed or expected outcome. That’s the whole point, finding out how something really works.

On the show, we cover lessons learned from his experiments, which were the most impactful and which the most painful. We also discuss his most recent book, The Puzzler: One Man’s Quest to Solve the Most Baffling Puzzles Ever, from Crosswords to Jigsaws to the Meaning of Life. I’m no puzzle guy, but now he’s got me interested.

It is wonderful when you can get a guest like A.J., who is breezy, funny, AND profound; hard to pull that off, but he does it.

Super fun interview, I instantly liked him – I think you will too.

Larry is a technologist, consultant and host of the Bounce podcast.
PrevPreviousEP. 54: LIFE IS SHORT, TO-DO LISTS ARE LONG: OLIVER BURKEMAN ON TIME MANAGEMENT FOR MORTALS