SURVIVING ASSHOLES: ROBERT SUTTON ON OUTWITTING JERKS IN YOUR LIFE 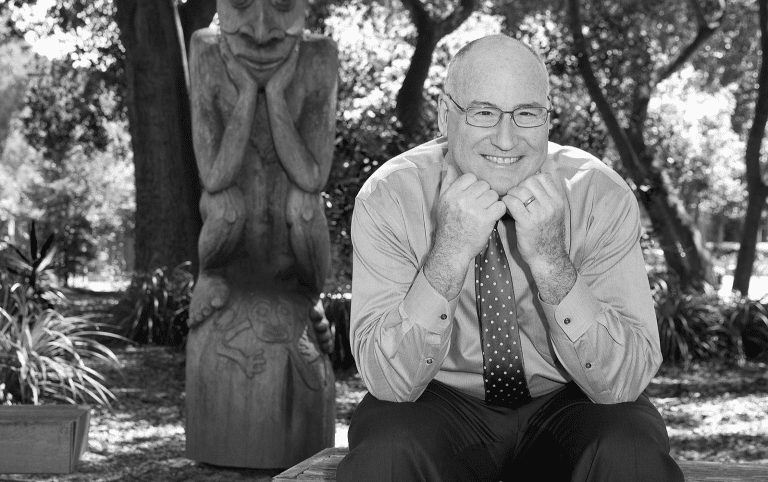 The problem of disrespectful, demeaning, and downright mean-spirited behavior, is worse than ever – Robert Sutton

I’m sure almost everybody reading this has dealt with or is currently dealing with a jerk and it’s most likely a work situation since you can’t always choose who you work with.  Further, due to the power position, it’s usually a “boss” (manager, CEO, etc) BUT it could also very likely be someone you have to live or interact with like family, friend, friend of a friend whatever.

If you have anyone in your life like that who is driving you crazy I would listen to this podcast and take notes because it’s gold.

My guest in this podcast is Robert Sutton, Professor of Management Science and Engineering and Professor of Organizational Behavior at Stanford and a New York Times and Wall St journal best selling author.

Robert studies organizational change, leadership, innovation, and workplace dynamics and As it relates to our conversation today, Robert’s new book was just released, The Asshole Survival Guide: How to Deal With People Who Treat You Like Dirt.

Since the first book “No Asshole Rule,” which probably put assholes on the map, became a bestseller, Robert said he was constantly asked about strategies and tactics to deal with assholes. Hence, the new book.

On the podcast, Robert offers up some interesting research and psychological theory not only explaining asshole behavior and it’s detrimental impact on people but more importantly, he offers some really good advice on how to deal with them.

And you better deal with it.

Long-term studies…even show that people who have abusive bosses are much more prone to have heart attacks, including fatal heart attacks – so you better do something about it  – Robert Sutton

I have to say this is the most fun I’ve had on a podcast to date. Not only because I got to say words like “boardhole”, “assholeville”, “asshole factory” and the like – in an effort to help people of course – but also because Robert is instantly likable. I don’t think I would mind at all if Robert called me an asshole.

Don’t let the slang fool you, Robert is a professor after all, this is a serious subject and it’s is life changing information for many. Robert cites some surprising research on the impact of asshole behavior as well as real world tactics on how to mitigate it.

Here is just some of what I learned from Robert.

1. There is a difference between sporadic asshole and true asshole.

There is a whole field of experimental psychology based on people in specific conditions showing jerk behavior can be elicited from from almost anyone depending on the right circumstances. When you rush people they’re nastier, when they’re tired they’re nastier, etc.

But there is a personality based asshole. Someone who will treat people like dirt consistently across time and place.

2. You don’t have to be an asshole to succeed, even at the unicorn level.

Due to Walter Isaacson’s Steve Jobs bio, Robert says some CEOs still come to him asking whether they need to be a jerk to succeed at that level. Robert’s response?

“Reed Hasting and Reid Hoffman” Two Silicon Valley unicorn leaders who are definitely not jerks. There are lots of other examples (like Warren Buffett) of people who are successful who clearly are not jerks.

As per Steve Jobs, Robert tells an interesting story about a conversation with Ed Catmull, the president of Pixar who worked for Jobs for 25 years who had some interesting insights.

You’ll have to listen to get it.

3. Come from a place of ownership.

There are two sides to personal interaction. Examine your side as much as the other and think maybe how you might be contributing to the problem. Robert says to be quick to label yourself part of the problem, and slow to label others. Great advice.

Which leads to the next imperative.

4. Make sure you don’t contribute to the pool

Robert says there is a risk when dealing with assholes that you might become one.

The evidence is in…it’s like kryptonite, the more intense, frequent and long the exposure the more damage you suffer in terms of physical and mental health and also the more likely to become a jerk yourself – Robert Sutton

Robert also offers up an “Arse” test you can take to see if you may already be exhibiting asshole tendencies. Or, better yet, take it with somebody else in mind. There a a variety of ways to prevent this but the key is getting feedback from people who work with you and know you. (For more help on this, listen to my chat with Tasha Eurich on self-awareness)

5. Create a survival plan based on your goals.

If you’re dealing with somebody who’s leaving you feeling demeaned and de-energized and disrespected then Robert says you first have to figure out what your survival plan is going to be.

THAT depends on whether you stay or leave because the easiest way to mitigate asshole behavior is to not be around one.

Is your personal life suffering? Is your health suffering?

If so Robert’s recommendation is to leave. Especially if it’s a certified asshole day after day. If it’s a large organization, consider moving to another team rather than to just quit the company.

There are some terrible managers and terrible groups, and there’s a lot of great groups so if you’re in a bad one maybe you should move. The next thing is that there are some situations where you may need to endure and survive  – Robert Sutton

There are a lot of people out there for short term and long term purposes are in a situation where they are feeling demeaned and de-energized but they need to endure. So here are some tips.

Try not to be where the jerk is when the jerk is there. Obviously this takes some planning but well worth it.

Remember, the more intense and frequent the exposure the more damage you suffer. Play dodgeball.

Try not to take it personally. It’s not you; it really is them.

Easier said than done but Robert reviews some great mental hacks culled from CBT that helps. Techniques like reframing and temporal distancing can help you manage your emotional response to jerks.

One of my favorite reframes Robert discusses is the what I’ll refer to as the “clinician reframe”.

Pretend you’re a doctor who specializes in the study of “assholism”. So instead of getting upset try thinking about how lucky you are to see this sort of amazing specimen acting out right in front of you.

Depending on your re-fame you can think of the asshole as ridiculous rather than hurtful.

This too shall pass

Monitor your self-talk. If you’re going to try to endure an asshole (again, only if you have to) then you absolutely need manage what you’re telling yourself.

I’m going to add to this segment a tactic I’ve used that’s been helpful. It’s from the Stoic Marcus Aurelius, and it uses the power of negative thinking. It’s a preparatory form of meditation I try to do that resets my expectations to the vicissitudes of life.

When you wake in the morning, tell yourself this.

The people I deal with today will be meddling, ungrateful, arrogant, dishonest, jealous, and surly. They are like this because they can’t tell good from evil. But I have seen the beauty of good, and the ugliness of evil, and have recognized that the wrongdoer has a nature related to my own—not of the same blood or birth, but the same mind possessing a share of the divine. And so none of them can hurt me – Marcus Aurelius

Try it. Modify with your own challenges. When you expect asshole behavior you’re less likely to be thrown off balance when you encounter it.

Listen to the podcast and consider it your asshole self-defense course. It’s a jiu jitsu style of defense versus a full frontal windmill attack. You need to learn to parry, move, duck and use their own efforts against them thus showing that their attack is wasted on you.

Many of us don’t know how to respond so we go on automatic. Mistake.

You better have a strategy in place because it is hard to wing a proper reaction to an asshole on the fly.

Gird your loins, listen to Robert.

Larry is a technologist, consultant and host of the Bounce podcast.
PrevPreviousHOW TO GET OUT OF YOUR OWN WAY: TASHA EURICH ON SELF AWARENESS
NextEP. 18: HOW TO TALK TO YOURSELF: MARISA PEER ON RAPID TRANSFORMATIONNext